Millions of Indians, especially the honest and poor became paupers overnight after Rs.500 and Rs.1,000 notes were scrapped on November 8. Ordinary people are the worst-hit by the resultant cash crunch as they face severe hardship daily for no fault of them. 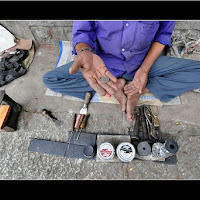 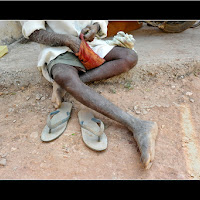 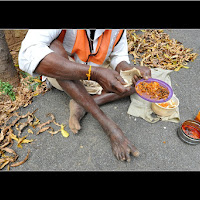 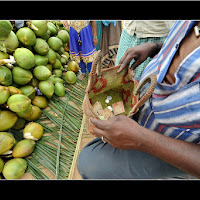 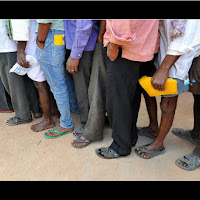 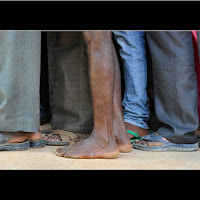 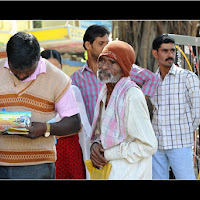 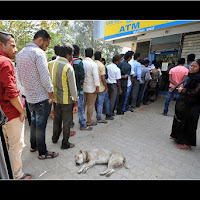 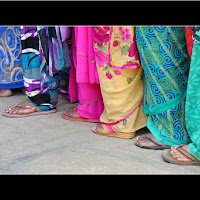 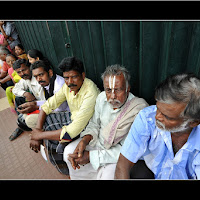 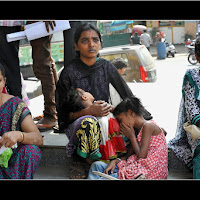 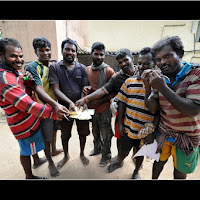 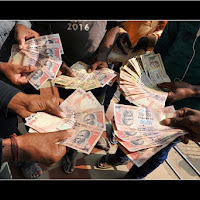 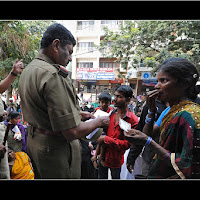 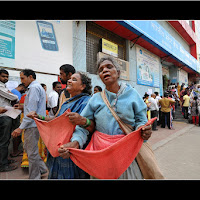 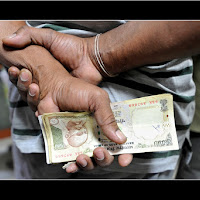 With the new Rs.500 notes yet to reach many and demand for Rs.100 and Rs.50 notes at an all-time high, having the new Rs.2,000 note is a privilege due to rationing, hoarding and difficulty in exchanging it for transactions.

The objective of abolishing the higher value notes however good it may be in the long run, its shoddy implementation due to lack of alternative arrangements and advance preparation has unsettled the humble citizens in cities, towns and villages across the country.

As 85 per cent of the currency in circulation has been in Rs.500 and Rs.1,000 notes over the years, their sudden ban has not only crippled transactions, but also deprived the citizens of livelihood as they have been denied or delayed access to their hard-earned money in cash.

Instead of cash supply improving, the situation has turned grim over the weeks, as hundreds of banks and thousands of their ATMs (Automatic Teller Machines) run out of crisp notes due to limited supply from the RBI (Reserve Bank of India) and treasury chests of several banks drying up daily.

Though efforts have been made to give relief to the hapless citizens by allowing them to deposit the banned notes in banks and post offices and get new notes in exchange for 50 days, acute cash shortage has turned waiting agonising for the old, harrowing for others and a nightmare for young and women.

Through this unique photo exhibition, Bengaluru-based photo-journalist K. Venkatesh shows how common men and women are facing the brunt of the currency chaos though they are in no way connected with the historic decision, taken ostensibly to curb black money and eliminate fake currency.

Failure of the governments and its institutions in currency management and in curbing the black money generated from unaccounted income and through unlawful means is forcing hundreds of innocent people queue up daily at banks for hours to deposit old notes in exchange of the Rs.2,000 note or soiled notes of Rs.100, Rs.50, Rs.20 and Rs.10 value.

Stringent curbs and limits imposed on cash withdrawals from banks and ATMs by customers of savings or current accounts have disrupted their normal life and affected diverse occupations, especially farming, trade, travel and what have you! Making identify proof must to deposit banned notes in exchange of Rs.2,000 or lower value notes compounded the crisis, as the uninitiated and unfamiliar folks scramble for producing it with a photocopy.

Absence of new Rs.500 notes even a month after its old version was withdrawn from circulation has made life miserable for all, as Rs.100 and Rs.50 notes became scarce and the Rs.2,000 pink note is not useful for even the lucky who get it from banks or ATMs although no takers to exchange it for other notes.

As the gravity and magnitude of the cash crunch unfolds across the country, it is the simple and rustic folks in the countryside who grin and bear the misfortune of having no access to their own money as they don’t have debit cards to use ATMs or small currency to pay/buy even essentials for daily life.

As words cannot describe or express the untold misery that befell these poor by a midnight stroke on note ban, this collection of pictures vividly captures the sad saga of the ordinary people, the real Indians, displaying exemplary patience, tolerance and endurance in waiting hours for the elusive cash.

Shot over a month in and around Bengaluru, its nearby towns and villages, the stunning photos reveal the plight of the common men and women who are the real victims of the note ban and not the rich and the well-to-do who have the means of using others or technology to get as much cash even in hard times.

It is not only the old and young, men and women, farmers and physically challenged, traders, merchants, vendors but also pensioners, patients, widows and the poor illiterate who are made to struggle to get hold of a few notes, braving heat and dust, rain and cold, day in and day out!