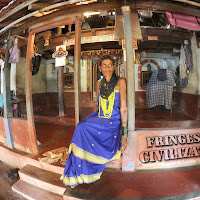 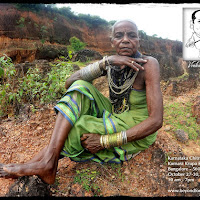 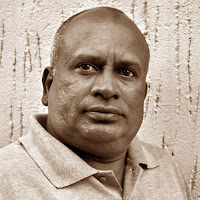 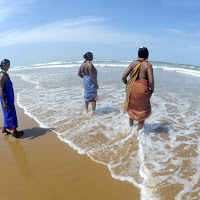 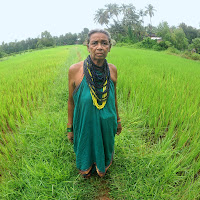 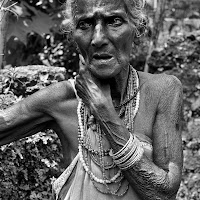 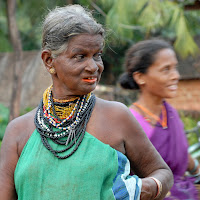 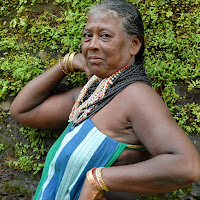 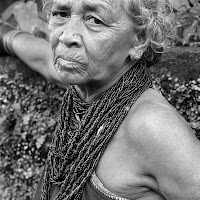 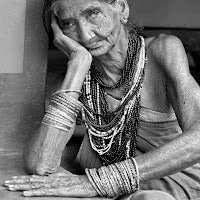 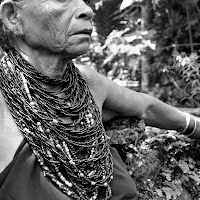 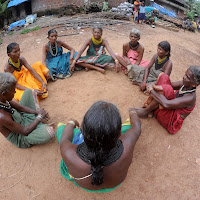 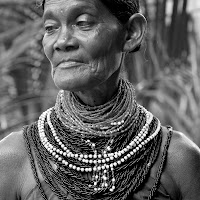 What is beauty? Is it symmetry and balance, or asymmetry and rarity? Does it denote standing away from the crowd or is it all about conformity and endorsement? These questions haunt anyone who is in pursuit of beauty. Similarly engaging are the questions about tribes.

What does it mean to be a member of a tribe? Does it mean growing up in a serene environment untouched by the evils of modern civilization or does it mean that you are part of an underdeveloped, wretched group that is yet to experience the pleasures of modern life?

These questions are simple. But the answers seem to be extremely complex. Their intensity is proportional to your involvement in your exploration. If you are doing it to show some one that you did it, then their influence can be limited. But if you are doing it to quench your internal thirst, you are sure to end up thirstier than earlier.

Now a days the word that gets almost automatically attached to the `tribe’ is `vanishing’. Does it mean the whole group is vanishing, or are their practices vanishing?

The Halakki Vokkaligas have distinct jewelry and dress. However, the only people wearing them now are those above 50. Traditional attire is not the in thing for the young. You will find the boys in Jeans and T shirts and the girls in Salwar Kameez or even leggings and tops. ``These are the last group of women you will see in such dresses. In five years, you will not find a single person wearing them,’’ cautions Choudappa, a senior member of the tribe.

Even their practices have changed. Earlier, when a boy came of age, his parents would select a girl and pitch a tent in front of her house till she agreed. Now, there are online matrimonial ads screaming out for `Brides and Grooms for Halakki Vokkaligas’.

Their language, eating practices, songs and dances, the way they spend their free time, everything has changed, or `disappeared’. Reasons behind the disappearance are not surprising. It is definitely not because they are not beautiful. It is because they are not trendy. They are not in tune with the accepted designs of the modern age. They are no longer `Cool’ or `Hot’, depending on which age group you belong to.

But then, is it not an irony that we read of vanishing tribes and ``the increasing influence of tribal culture on us’’ in the same day’s newspaper? We read of avant- guarde fashion designers following tribal patterns after they met some Adivasi women when on vacation. We hear of artists, sculptors, film makers, setting futuristic trends, as they borrowed ideas from native, folk or tribal insignia.

If we like them so much, why are we forcing them to change? Why are we asking them to leave their culture and adopt ours? If what they are doing is backward, and under developed and uncivilized, why the fantasy and romance of the culture that is theirs?

These questions surround me as I venture into the forests to capture the images of life here. Every time I visit forests and meet the tribes, I am flooded with questions like these. Am I the only one?

Halakki Vokkaligaru is a tribe found in parts of Karnataka, India. It consists of members who live in groups in the fringes of forests in districts like Uttara Kannada, Shimoga and Dakshina Kannada. They are among the prominent tribes and sometimes even considered aboriginals of the state. Some of their ways are similar to ancient lifestyles. They are divided into different groups, depending on where they live. Their leaders are called Gowda or Buddhvant. Leadership is mostly hereditary, but during disputes, winner of a hunting contest is elected the leader.

They live in earthen houses with roofs covered with coconut or palm leaves. Most families seem to be influenced by Hindu mores. Having Tulasi plants around the house, worshipping Gods and Goddesses, celebrating popular festivals are common in Halakki Koppas or settlements.

Women wear bright coloured buds and flowers in their hair. Their jewelry includes beads, necklaces, nose rings and bangles. They are mostly made of stones and natural fibre. They wear short sarees, without a blouse. Their clothes are designed to help them adapt to the climate and work with ease. Women wear elegant dresses with bare backs. They are beautiful, not vulgar. This may be the last generation of women to wear them, unless of course, city dwelling- charity minded jewelry and dress designers save them by using the patterns in their next international show.