Ordinary Folks at Siesta in Style!

Sleep is the best thing to happen for creatures, especially homo-sapiens (human beings). Termed as neuro-biological activity, sleep is essential for our survival and life is unthinkable without it. A sound sleep is a measure of our health at physical, mental and spiritual levels. 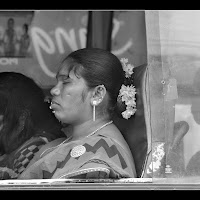 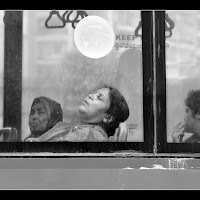 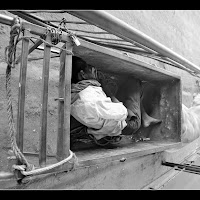 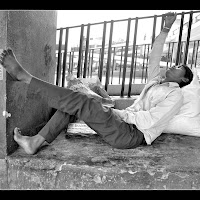 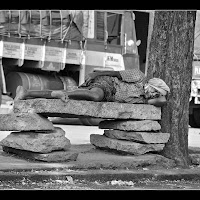 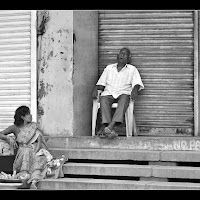 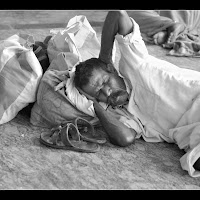 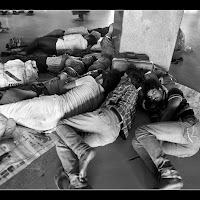 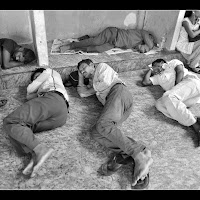 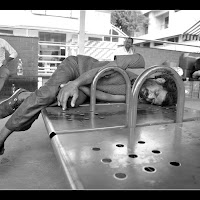 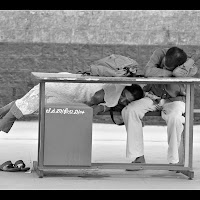 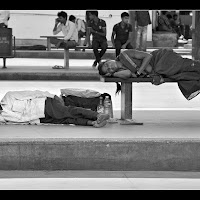 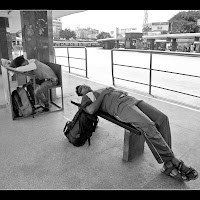 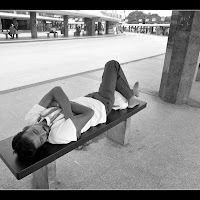 As a phenomenon, sleep is a blessing from our Creator, as it’s natural and free for all. A poet said to fall asleep you need to gently close eyelids. Within minutes, you withdraw from all activities and transcend into a state of bliss where even senses go into still mode and remain inactive.

As part of daily life, doctors say sleep is refreshing as it rejuvenates body, energises mind and enlivens heart.

Though most of the people sleep during night after straining body and mind day-long, there is no fixed time for it whatever be the occupation and lifestyle. As anytime is good time to doze off, best time is afternoon, anywhere, anyplace and in any posture!

Called siesta or mid-day sleep, 40 winks in the afternoon is considered equivalent to a night’s sleep, as the effect is more profound at all levels.

With uncanny eye for detail and angles, the lens man freezes the various postures, moods and conditions in which these lucky ones revel, unmindful of what others may think, feel or even get caught napping!

Fascinated by the care-free and instinctive act of falling asleep in the open by commoners, Venkatesh veers his camera and zooms in to portray them on being away from surroundings and lost in their self, while resting on baggage or belongings.

Shot in common places like bus stops, railway stations, parks, autos, cars, offices and markets across the cosmopolitan city, the rich collection of photos takes you into the realm of sleep where awareness of one’s existence is lost transiently.

“In what ever condition or situation these unknown folks might have been, they spotted befitting locales with right ambience to rest at mid-day, by switching off from mundane world and remaining undisturbed by hustle and bustle around,” the seasoned photo-journo recalls.

While jury is still out on why and how all creatures take a break from any activity for 40 winks, it is a creative artist’s delight to depict the act in public gaze, done with gay abandon and unconcerned over its fallout.

Considered a part of daily routine, performed in turns or induced by others dozing in vicinity, a heavy brunch or lunch can also make us drowsy and sleepy, which works wonders for refreshing.

Among hundreds who take time off for 40 winks, many of them are from nearby towns and villages on a day’s trip to the city on errands or make a living by fair means. Tired or exhausted, these ordinary folks have no where to go but head to public places for rest and siesta.

As is their wont, the uninitiated or rustic among them are wary of being caught unawares by security guards or cops who play spoilsport by disrupting their siesta and shooing them away from public places.

“It’s unfortunate that even resting or sleeping in open spaces is treated as crime or an offence liable for penal action. Sleep is an activity that causes no harm or loss to any other, leave alone being a threat to law and order and society at large,” the veteran lens man laments.

The saga of midday sleep or siesta in the hallowed precincts of creative art through a photo gallery showcases various facets of the act and gives enough food for thought and a chance to doze off after seeing them!